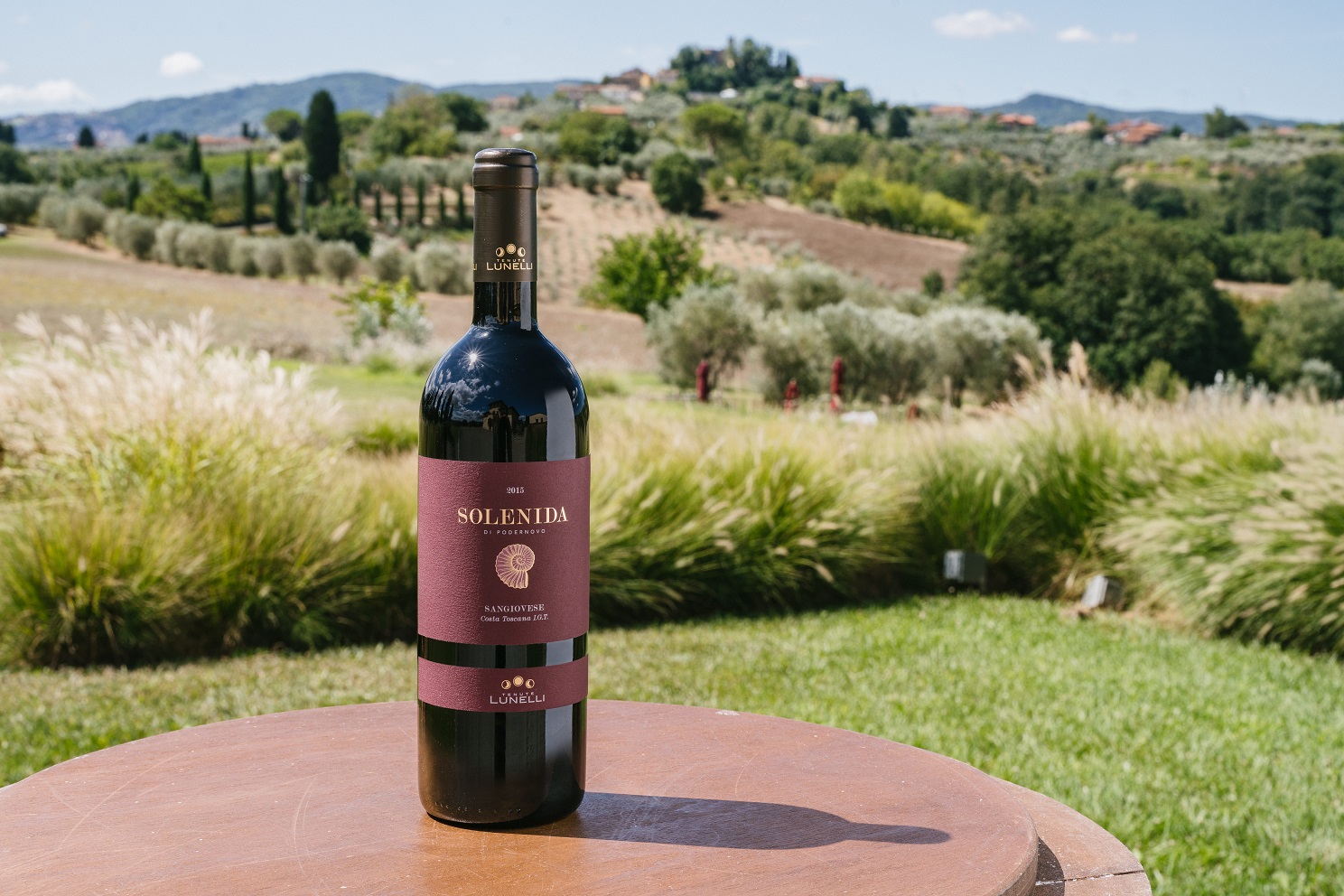 The Lunelli Estates have introduced Solenida di Podernovo, a 100% Sangiovese resulting from our collaboration with the famous oenologist Luca D’Attoma and designed to show off the very best of the terroir from which it comes, a small vine-clad knoll in the hills near Pisa.
Tenuta Podernovo is the Lunelli family’s estate in Tuscany, whose soils are characterised by sandy loam containing a fairly high amount of clay and fossils: shells of marine origin deposited more than 3 million years ago, when these hills were still part of the seabed.
This mineral trait is highlighted in the Tenute Lunelli Solenida 2015, Sangiovese, Costa Toscana I.G.T., which indeed takes its name from a fossil shell, called Solenidae. It is made from a rigorous selection of Sangiovese grapes from an ancient vineyard on the estate, and is vinified partly in stainless steel and partly in amphoras. Solenida then matures in oak for 24 months and, subsequently, for a further 24 months in bottle.
The result is a deep ruby red wine, with a rich nose dominated by notes of sour black cherries and plums, which harmonise with spicy hints; it is very full on the palate, with solid structure and dense tannins, characteristics of a top-quality, long-lived wine.
Like all of the Estate’s other wines, Solenida di Podernovo is certified Organic and Biodiversity Friendly.