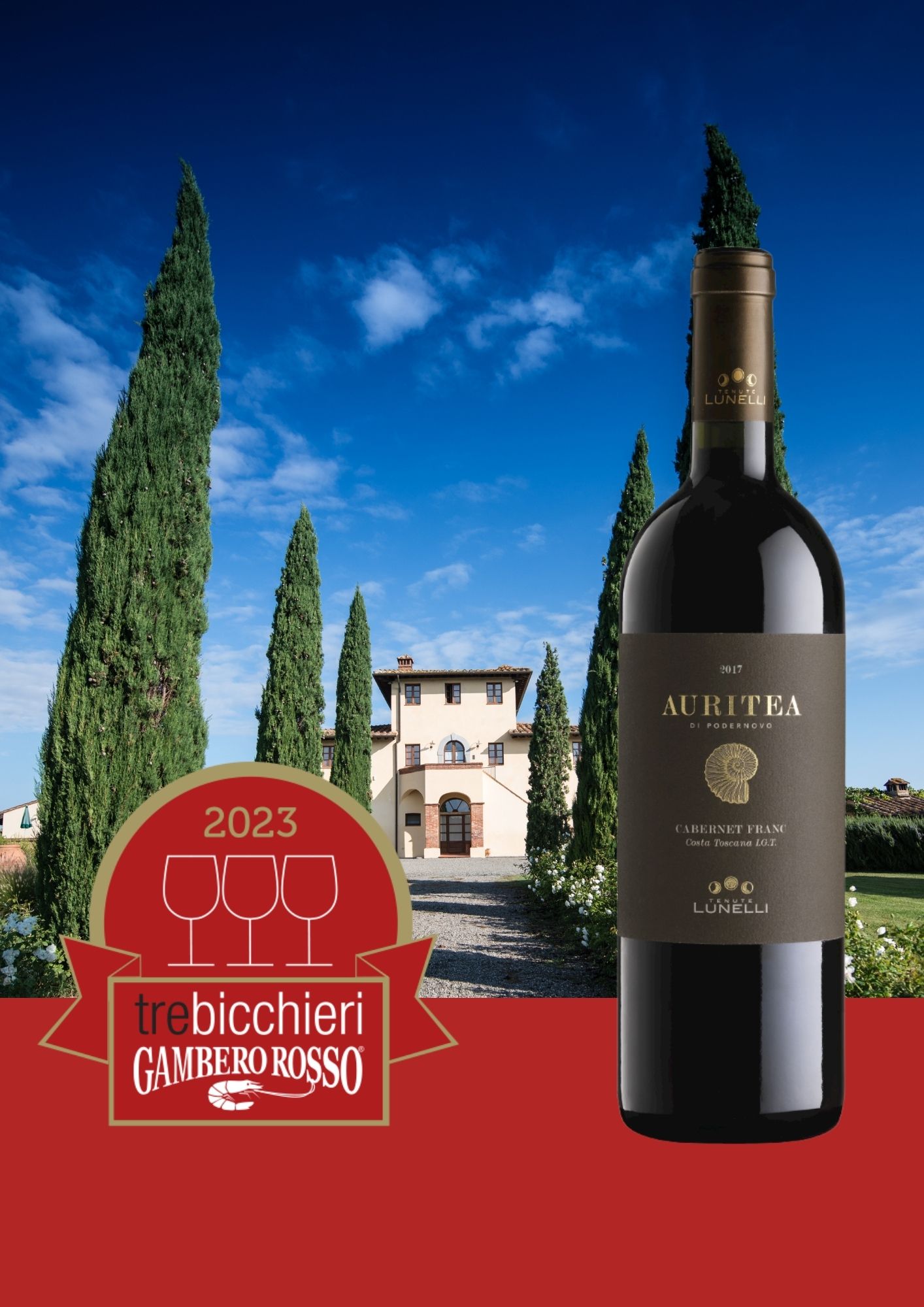 Tenute Lunelli once again wins the Tre Bicchieri of Gambero Rosso, one of the most sought-after awards in Italian wine. In the 2023 edition, it was awarded to the 2017 vintage of Auritea Costa Toscana I.G.T.

A result of the collaboration between the Lunelli Family and oenologist Luca D’Attoma, Auritea – which begin in 2018 – it boasts an important success story having already been awarded the Tre Bicchieri in the 2019 edition for the 2016 vintage.

A pure Cabernet Franc, Auritea – whose name pays homage to Arca Aurita, the fossil shell of marine origin present in the soils of Tenuta Podernovo – impresses with its persuasive minerality that is distinctive of this particular soil. It boasts a solid and elegant structure, profound intensity and hints of cocoa powder, blackcurrant jam and rosemary, a prelude to further spicy and balsamic hints that build on the finish.

“Tenuta Podernovo is once again awarded the Tre Bicchieri, demonstrating its great commitment to creating important, sustainable wines that tell the story of the territory in which they are created,” commented Alessandro Lunelli, Managing Director of Tenute Lunelli.